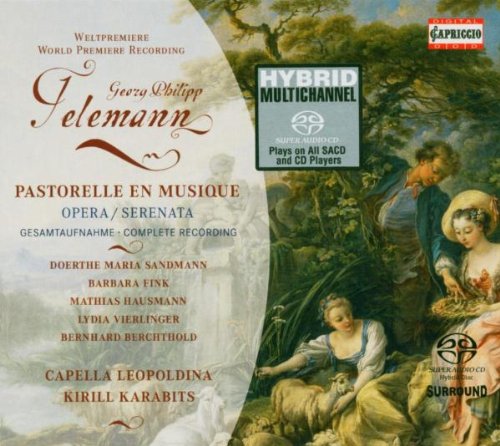 This first opera of Georg Philipp Telemann, a pastoral play based on the motives and the first setting of Molière (Les Amants magnifiques), had been kept in the archives of the Singakademie Berlin and brought to Kiev after 1945 by the Red Army - along with other 5.000 autographs-, where it was re-found in 2001.

In cooperation with Capella Leopoldina, the Austria Baroque Academy presented the first world premiere of this till then unedited, unworked, lost and unknown Telemann opera in Gmunden, at the Golden Hall of the Musikverein in Vienna and at the Lipizzaner Stud in Piber.

In this witty pastoral play for 5 soloists and a choir, which also served Telemann as a template for his own wedding, the language switches between French and German. The first performance of the opera is likely to have taken place in Frankfurt between1712-1721.