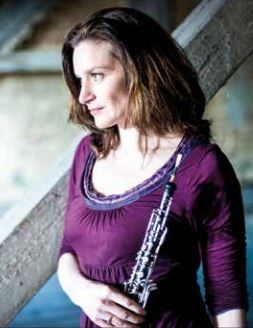 Emma Black-Davilism was born in Melbourne Australia. She completed her studies in Melbourne at the Victorian College of the Arts.
During the years 1993-2000, Emma lived in Zürich, where she played as regular guest principal oboe in the Orchester der Oper Zürich, Ensemble für Neue Musik Zürich and Kammerorchester Basel. It was in this time that her interest in historical instruments was awakened and, as a member of La Scintilla working with the conductors Nicholaus Harnoncourt, Franz Welser-Möst and Adam Fischer, her career as a baroque oboist began. (Studies followed at the Scola Cantorum with Katharina Arfken).
Emma Black-Davislim moved to Vienna in 2000 and became the principal oboist of the Wiener Akademie (Martin Haselböck) with who she has also appeared as soloist on many occasions.
Since 2002, she has been a member of the Balthasar Neumann Ensemble under Thomas Hengelbrock performing at all major European festivals and concert halls and can be heard in many recordings.
academy | activities | instructors | awards | gallery | projects | sponsors | General Site Map
Back to content | Back to main menu