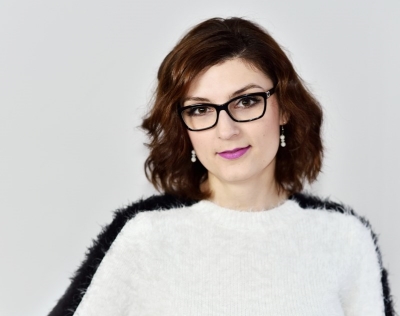 Tena Novosel (Croatia), an organist and a harpsichordist, studied organ with Ljerka Očić at the Music Academy in Zagreb, Croatia, and with Peter Planyavsky at the University for Music and Performing Arts in Vienna, where she also studied harpsichord with Wolfgang Glüxam. Aside from keyboard instruments, she also took lessons in viola da gamba with José Vázquez, with whose Ensemble Orpheon Consort she continues to play as an organ-ist, harpsichordist and viola da gamba player. During her studies she participated in vari-ous university performances, among which was the orchestra project with Ton Koopman at Anton Bruckner University in Linz in 2009.

She expanded her expertise at masterclasses in organ, harpsichord and baroque chamber music with prominent musicians such as Wolfgang Rübsam, Wolfgang Zerer, Olivier Latry, Laurence Cummings,Tini Mathot, Catherine Mackintosh and Rachel Brown. She collabo-rated with various Austrian choirs, ensembles and orchestras such as Orpheon Consort, Originalklang!Ensemble, Sinfonietta Baden. With Haydn Sinfonietta Wien she recorded Handel´s Water Music. She has also recorded music of the Viennese court and sacred music by H. Purcell with Orpheon Consort and soprano Christine Esser. As a soloist she played at festivals Laudes Organi, Bach-Woche, Wiener Orgelkonzerte.

She was a harpsichord accompanist at OFF (Oboe-Fagott-Festival) in Kremsmünster in 2013 and 2017, as well at the Austrian Baroque Academy in 2016.