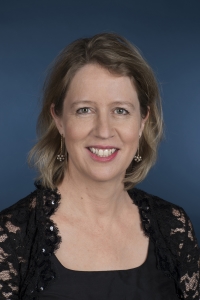 Having completed the coursework of the «Performing and Creative Arts» program at the Orpheus Institute in Ghent, Belgium, she finished her doctoral dissertation on The performance practice of Italian instrumental music in relation to vocal music and text: Sources and their modern realization at the University of Leiden (NL) in 2014. As part of her doctoral research, she - together with Andrea Marcon - was able to reconstruct Baldasare Galuppi’s incomplete opera L’Olimpiade. Subsequently, the opera was performed by the Teatro Malibran in Venice in 2006 (L'Olimpiade DVD, Dynamik 2009).


Claire Genewein was the recipient of a special award from Karlheinz Stockhausen for her interpretation of the composer’s famous Zungenspitzentanz for piccolo, and in 1998 she won second place at the International Piccolo Competition in Phoenix, USA. In 2000, together with the anthos percussion ensemble she won first place for her interpretation of Kathinkas Gesang, also by Stockhausen, followed by a second place at the 2004 baroque flute competition of the National Flute Organisation (USA).

Claire Genewein has recorded various CDs such as the complete flute sonatas of Gasparo Fritz (1716–1783) at Guild, W. A. Mozart's Zauberflöte in an arrangement for flute and strings by F. H. Ehrenfried (ORF), many Bach cantatas with the Bachstiftung St. Gallen, as well as all of Mozart's overtures with La Cetra (Deutsche Grammophon) mong many others.

Today Claire Genewein lives in Zurich and works as a freelancer in various orchestras such as La Cetra Baroque Orchestra (Basel), L’Orfeo Baroque Orchestra, Bachstiftung St.Gallen, Venice Baroque Orchestra, La Scintilla (Opera Zürich), L’Arcadia, Ensemble Miroir and Capriccio Basel. She has performed under Gustav Leonhardt, Andrea Marcon, Michi Gaigg, Rudolf Lutz, Jordi Savall, Geoffrey Lancaster, William Christie and many others. In the autumn of 2006 she began teaching baroque flute and historical performance practice at the Anton Bruckner University in Linz, Austria and in 2011 flute pedagogy at the Zurich University of The Arts.